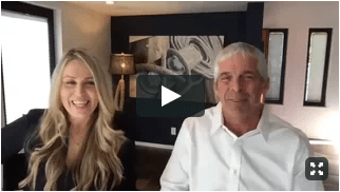 I discovered the world of wheat-related problems about 40 years ago when my ex-wife and I were struggling with fertility issues. After putting together a protocol, we got pregnant in 6 weeks. Years later, wheat reared its ugly head again in my family.

My 82-year-old godmother had mildly elevated liver enzymes. They just said to cut back on the alcohol. She never drank. They never looked into it.

After years of elevated liver enzymes, she was suddenly rushed to the hospital for intense stomach pain. Only 4% of her liver was functioning. The strain caused her blood vessels to burst and caused internal hemorrhaging. After 6 surgeries, she was eventually sent home to die. They didn’t know if she had 2 weeks or 2 months left, but they said she was not long for this world.

I had her tested for celiac disease. Results were positive. She had gone undiagnosed for years and the damage it caused was now threatening her life. She defied her odds and continued to live another year and a half, simply by following a gluten-free diet. What was her official cause of death? Cancer of the liver. What was the secondary cause? Undiagnosed celiac disease.

Her story is not unique. The doctors never checked. The science was there. Sometimes the only indication of celiac disease is elevated liver enzymes.

I have since made it my mission to educate people about food sensitivities and autoimmune conditions. After 30+ years, my work has just begun.